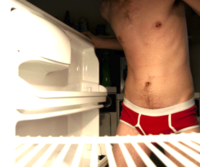 After five years of economic crisis and the return of a recession in 2012, unemployment is hitting new peaks not seen for almost twenty years, household incomes have declined and the risk of poverty or exclusion is on the rise, especially in Member States in Southern and Eastern Europe, according to the 2012 edition of the Employment and Social Developments in Europe Review.

The impact of the crisis on the social situation has now become more acute as the initial protective effects of lower tax receipts and higher levels of spending on social benefits (so-called "automatic stabilisers") have weakened.

A new divide is emerging between countries that seem trapped in a downward spiral of falling output, fast rising unemployment and eroding disposable incomes and those that have so far shown good or at least some resilience. The latter tend to have better-functioning labour markets and more robust welfare systems.

The analysis also shows that in Member States which had undergone substantial reforms to make their labour markets more dynamic, the unemployed have maintained much better chances of finding a new job even during the crisis years

The absence of tangible recovery has put under pressure household incomes in the majority of Member States and increased the risks of long-term exclusion. To prevent rising poverty and long-term exclusion from becoming entrenched, policies need to be tailored to specific country situations and population groups most at risk.

The analysis finds that while there are no optimal solutions for tax shifts from an integrated employment and social policy point of view, an appropriate design of welfare systems increases the desirability of certain tax shifts.

The report's analysis of minimum wages shows that countries with higher minimum wages have not priced the low skilled out of a job and on the contrary tend to have higher employment rates for them. Minimum wages also have the potential to narrow the gender pay gap.

The report's analysis shows that in some countries, especially in the Southern part of EU, the match between skills and jobs is bad and/or has worsened. To reduce the skills mismatch, countries need to invest more efficiently in education and training, spend better on active labour market policies and support the creation of high skilled jobs in growth sectors such as the green economy and technology, information and communications technologies and healthcare.