For a number of days now, European media have reported that the EU budget for this year is in a state variously described as near bankruptcy, running out of cash or simply grinding to a halt. All sorts of figures were released: the EU commission will ask for an extra 5, 8, 10, even 12 billion euros in order to meet its payment obligations. Most media focussed, understandably enough, on Erasmus, the exchange programme for students, forecasting impending doom for students across Europe.

So for the record, and in order to put an end to all sorts of speculation here are the bare facts: 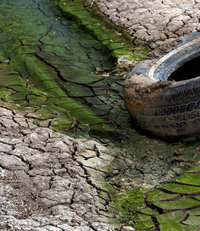 - Yes, we have informed the European Parliament and the Council that a dozen of programmes have already used up between 95 and 100% of their yearly allocated funding three months before the end of the year.

- The programmes running out of funding are in the areas of research (space, IT and security research), growth and employment (European Social Fund, European Regional Development Fund), education (Erasmus), health, humanitarian aid and food aid.

- Yes, on 23 October 2012, the Commission will issue a draft amending budget, requesting extra funds for those programmes to be allowed to complete their annual course. Ignore the figures you have heard: we are still in the process of calculating the overall amount even though it already appears that we will need several billion euros for those programmes.

- In the case of Erasmus, 70% of the students have received their payments. Of the 30% who still await payments, a sizeable proportion will not be affected as many national agencies, who actually hand over the grants, still have financial resources. Remain those who could find themselves short of funding; it is for them that we will present the draft amending budget. Erasmus is good for Europe's youth and for Europe's recovery from the crisis; I cannot imagine our national governments refusing to invest in our youth!

- No, this should not come as a surprise: end 2011 the EU budget found itself in a similar situation and when the budgetary authority (Council, Parliament) refused to acknowledge that they had voted insufficient levels for the 2011 budget, we had no other option than roll over some €5 billion of bills onto the 2012 budget. Therefore, the 2012 budget was amputated of that amount of money right from the beginning.

- Furthermore, on the same day, the 2012 EU budget was adopted at a level below the Commission's estimates for the year to come. At the press conference on the night of the adoption of the 2012 budget I clearly warned the Council and the European Parliament that the low levels of payments they had agreed on for 2012 would not be enough to cover the needs.

- I imagine they expected this since they also adopted, the same night, a joint declaration urging the Commission to request additional payment appropriations in an amending budget if the appropriations entered in the 2012 budget are insufficient to cover expenditure…

My feeling is that it is relatively easy for Finance or Budget Ministers gathering in Brussels to cross off figures in a draft budget and replace them with lower figures. Lately, they have lost sight of the reality of the EU budget: behind those figures are hundreds of thousands of students, researchers,

towns and regions, NGOs, small and medium enterprises who rely on EU funds, for whom a cut in the EU budget means even more hardship in times of crisis.