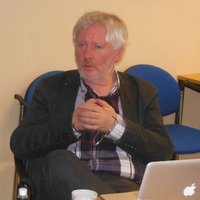 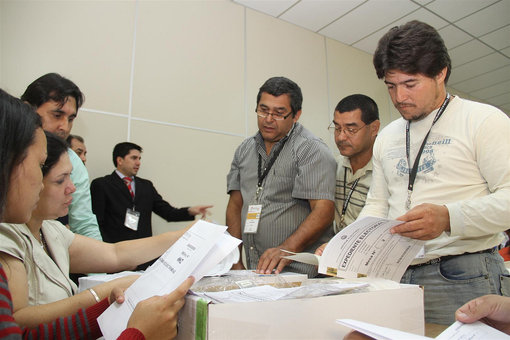 "It would be very difficult for the EU to negotiate a trade agreement with a government possibly linked to drug trafficking," expressed euro deputy Jurgen Klute. "This would seriously compromise the European Parliament's legislative efforts in its fight against illicit money flows and tax havens," said Klute.

Several members of European Parliament are concerned about allegations of drug trafficking in Paraguay's electoral process.

In exclusive to the E'a daily, Jurgen Klute, German MEP for the GUE-NGL block, member of the Delegation for Relations with Mercosur countries, affirmed:

"Paraguayan democracy was structurally affected by the parliamentary coup and we have strong concerns regarding these elections. On the one hand, it is those who plotted the coup who are now organizing the elections and whose party has a good chance of winning. On the other hand, the Colorado Party candidate leading the polls has serious criminal accusations of drug trafficking, smuggling and money laundering. The judiciary must clarify these allegations as soon as possible. For the EU it would be very difficult to negotiate a trade agreement with a government possibly linked to drug trafficking. This would seriously compromise the European Parliament's legislative efforts in its fight against illicit money flows and tax havens."

Renate Weber, Romanian parliamentary (Liberal) and Chief of the European Union's Electoral Observation Mission, after meeting with Foreign Secretary Felix Fernandez Estigarribia this past Friday, April 12, said that although happy with the work carried out by the Electoral Office, they inquired the office of the Public Prosecutor on the accusations against ANR candidate, Horacio Cartes, in relation to his alleged ties with the drug trade.

"The fact that there are many allegations of drug trafficking here is just one more peculiarity of Latin America, not only of Paraguay," she said.

She went on saying she met with Attorney General Javier Diaz Veron, to inquire about these accusations on presidential candidate Horacio Cartes's supposed ties to drug trafficking, to which he responded by telling her that they don't have any precise reports to start an investigation.

The interviewers asked her whether this kind of accusations also took place against presidential candidates in the countries of the European Union and she answered: "I have never seen an allegation of this sort in Europe. Nor do I think that here this is a standard charge, in the sense that when this type of allegation is made it is because everyone sees it as something terrible to be associated to drug trafficking. However, these types of accusations are made in Latin America. Not only in Paraguay. I have seen it also in other countries." She considered in a note to the Jakueke Agency.

* Author: Christian Morsolin, operator of international networks for the defence of human rights in Latin-American. Co-founder of the Latin-American Observatory SELVAS. Works in Latin America since 2011 with experience in Guatemala, Ecuador, Peru, Colombia, Venezuela and Brazil. Researcher, panellist, author of several books. He carried out a mission in Asuncion in August 2012, interviewing President Lugo, several politicians and leaders of social movements.