Economic Governance in the European Union 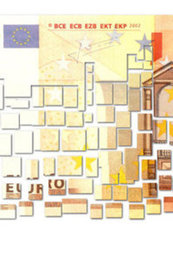 Considering the difficulties Europe is facing today, ranging from the ongoing crisis in the periphery economies to a rapidly evolving structure of economic governance at the European level, the transform! network recently organized a seminar to facilitate discussion between various viewpoints emerging from the contemporary Left. On the evening of 13 April at Espaces Marx in Brussels, this seminar proceeded to outline the historical background, current situation within the European Union, and the scope of economic problems especially prevalent in the periphery economies, followed by some strategies for the Left to move forward.

Bastiaan Van Apeldoorn, Reader in International Relations at the Vrije Universiteit Amsterdam, provided a lucid background to the collusion betweenEurope's capitalist elite and the development of the Lisbon strategy – ultimately clarifying the neoliberal hegemony explicit in the post-Lisbon 2020- strategy. Through a seven-part history, Van Apeldoorn charted the rise European Roundtable of Industrialists, the CEOs of the 45 largest corporations, account of the Lisbon strategy, he came to find the same rhetoric echoing throughout the , Reader in Europe-strategy.

Jürgen Klute, MEP from Die Linke and coordinator for the GUE-NGL on the Committee for Economic and Monetary Affairs, outlined three important projects currently being rushed through Parliament without proper public scrutiny: supervisory directives for the traditional inancial sector, alternative fund directives (the regulation of hedge funds), and economic governance issues, in particular indebtedness and macroeconomic imbalances. After elucidating the scandal of a bailed-out banking sector turning around to dictate austerity to the very governments which bailed them out. Klute ultimately called for less theoretical alternatives from the Left, and more action either within concrete institutions, or through popular demonstrations.

Pedro Montes, a retired economist from the Bank of Spain, and currently´president of the Spanish chapter of Socialismo 21, articulated his long-held position that Spain should not have adopted the Euro, and should now withdraw. Providing compelling correlations between the rapidly expanding current account deficits in Greece, Portugal, and Spain during the 2000s, Montes argued that public-sector austerity would not only be useless in combating this problem, but would harm the future economic prospects of a Spain with youth unemployment already at 44%. While withdrawal and devaluation would lead to a chaotic situation threatening the very existence of the European project, it would lead to one with the potential to thwart further consolidation of financial power at the European level.

Ultimately, all three panellists agreed that neoliberal hegemony was in decline, with a spectrum of strategic opportunities emerging for the Left. The first involves the public exposure and continuing de-legitimation of an impenitent financial and corporate elite, the second involves working through existing European-level institutions and popular mechanisms to combat their structural power, and the third suggests that the European project, if ceasing to serve the citizens of Europe, should indeed cease to exist in its current form.